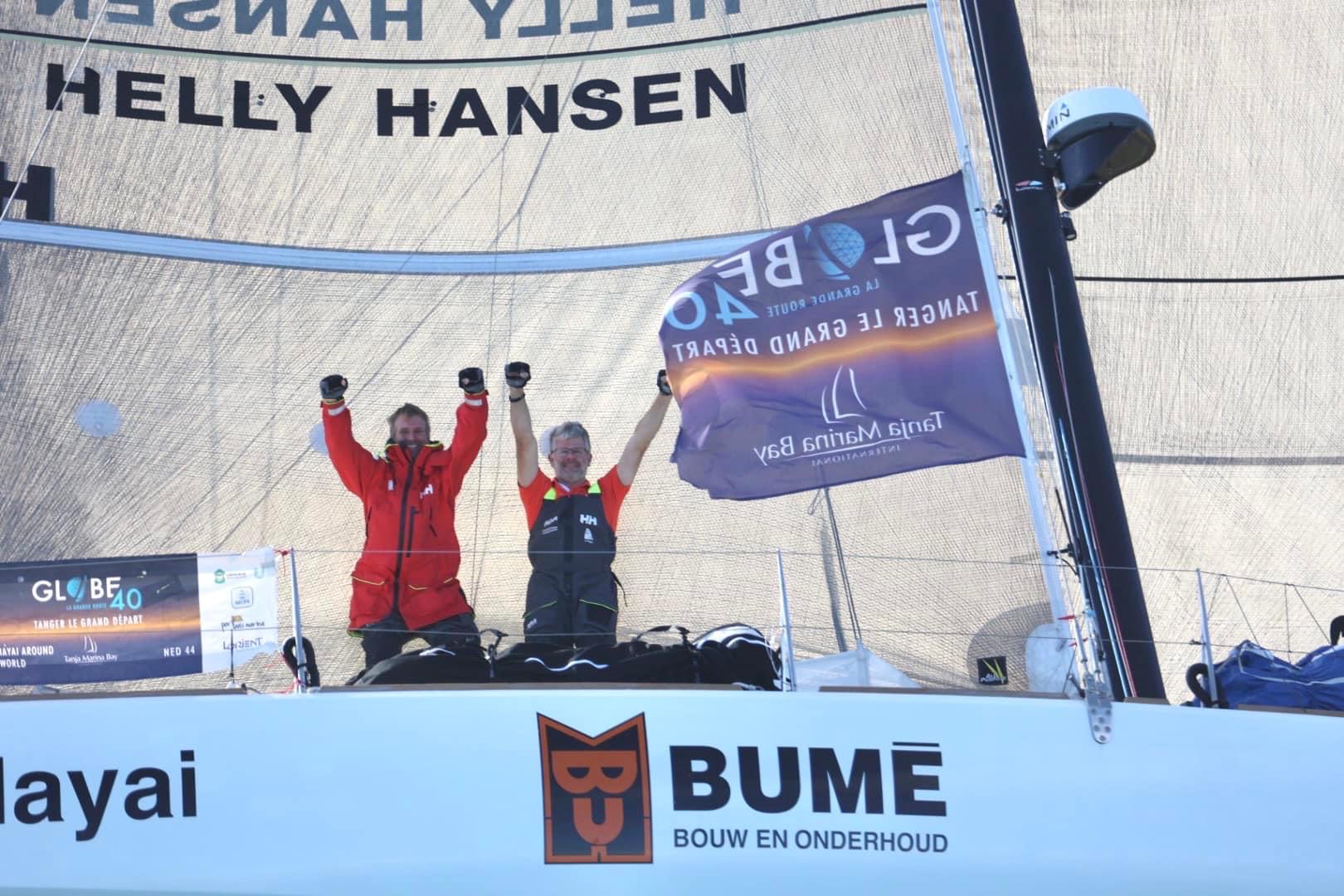 Press release n°30 – 16 October 2022
GLOBE40 3RD LEG: 34’ DIFFERENCE AT THE FINISH FOR 34 DAYS AT SEA
At 09.18 hours local time, it was the Dutch crew on SEC HAYAI which took line honours and leg three victory in the GLOBE40 at the entrance to the Auckland Bay. Spanning some 7,000 nautical miles in all, it proved to be a particularly gruelling leg for the crews due to its lengthy duration, the ever-changing weather conditions alternating between zones of calm, a lot of headwinds and depressions, and a course which involved a relentless sequence of very different navigation zones. At the front of the fleet the dueling was virtually constant with MILAI Around The World, and SEC HAYAI won with a tiny credit of 3,5 Miles.

The feat of the Flying Dutchmen
After setting sail from Mauritius on 11 September, Frans Budel and Ysbrand Endt sailed an outstanding course, which equated to 34 days 18 hours at sea in all for this leg. Already second in the overall ranking, the Dutch team clearly stepped things up a gear in this third leg, despite sailing a boat which is not of the more newest in the fleet. Thanks to great speeds out on the water at all times with no major damage, a particularly well-prepared boat technically, excellent tactical decisions throughout and very strong cohesion aboard, the winners boasted all the ingredients for success. First to Cape Leeuwin, first to enter the Pacific in the Bass Strait, first to Cape Reinga to the north of New Zealand, final victory seemed inevitable. In reality though, they faced stiff opposition throughout from the Japanese and Italian crew on MILAI Around the World, Masa Suzuki and Luca Rosetti, with seldom more than twenty miles or so between the two adversaries.

A higly demanding 3rd leg
This third leg will doubtless have had a significant impact on the crews. The previous 7,700 nautical mile leg from Cape Verde to Mauritius was certainly trying with the passage around the tip of South Africa, but the sections were longer with more established conditions, avoiding the incessant uncertainties regarding the weather and the variations in the course that coloured this 3rd leg.

Dropping south after leaving Mauritius to avoid the windless zones at the centre of the Indian Ocean, the skippers still quickly stumbled into calm areas, which may seem surprising in this part of the world at this time of year, but it slowed the fleet considerably for nearly a week and really got on their nerves. Upon their arrival in the lower latitudes close to the famous Roaring Forties, they launched into an entirely different phase, slipping along at pace in strong breeze towards Australia. This session was then interrupted by a compulsory climb up towards the south-west tip of Australia and the Eclipse Island gate, which drew the competitors back towards land after the equivalent of a transatlantic passage in the open ocean. What followed was a succession of calm zones and periods of strong winds in the Great Australian Bight, complicated by difficult seas, which one of the competitors nicknamed the “Great Australian Battle”.

As the fleet approached the Bass Strait, it was time for another new phase in this tough area, with the exit route leading the competitors straight into the teeth of a nasty depression, with some teams envisaging having to pull into an Australian port to let it roll over the top of them. Ultimately, the Tasman Sea and the climb up towards Cape Reinga served up very similar conditions to the rest of the course, namely zones of calms, constantly shifting winds and  gales pushing them off course. To finish, the sailors really had to dig deep once more to brave the 200-mile descent along the very jagged coast of New Zealand’s North Island between the many islands that make up this magnificent landscape.

With this latest victory, SEC HAYAI secures the top spot in the overall ranking. A first place which the crew will have to defend on 29 October as the fleet sets sail on the 4th leg, which will lead the competitors to the beautiful Papeete in French Polynesia, a key stage in this first edition of the GLOBE40. 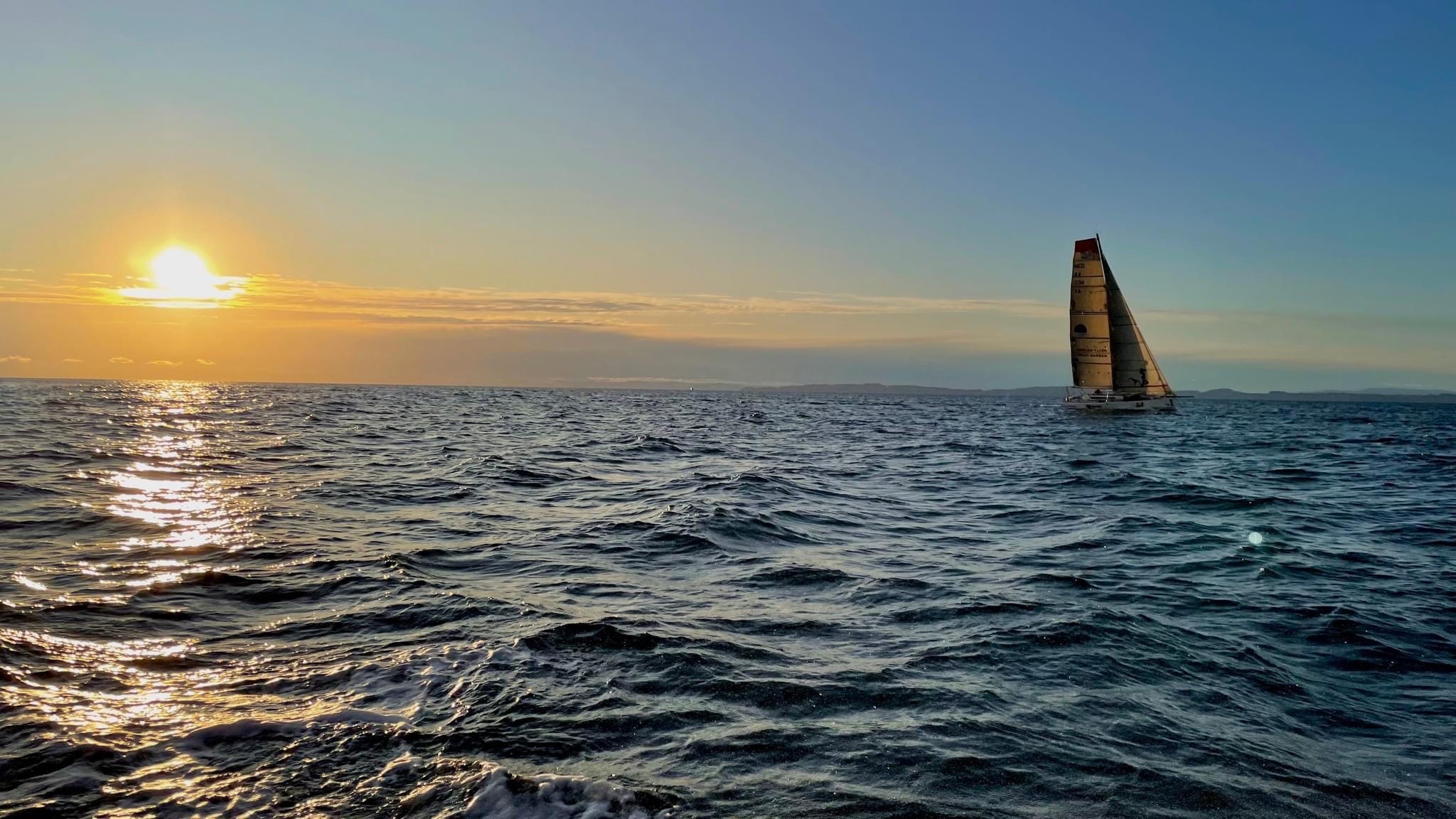 ECHOES FROM THE SEA

SEC HAYAI: “Our first impressions are that we are very proud to have arrived there, proud to be here and very happy. We are also very tired mentally and physically. We got off to a good start and the days that followed went pretty well. We were quite fast on the whole stage and MILAI too. The fight over the last few days with MILAI was incredible. We passed each other on the road several times within a mile. We believed in it and we won in the end! »

MILAI Around The World “The fight with SEC HAYAI was tough until the end, we pushed the boat hard and SEC HAYAI surely did the same. We did our best…3.5 miles…it’s so close. It’s an incredible race and we expect a greater number of boats in the next edition. Around the world in a Class40 is such an interesting race. We really liked the diversity of conditions in the Indian Ocean. We learned a lot of new things about the boat and the ways of sailing, it was not easy. We are tired but happy with our performance. »

GLOBE40
Video on Globe40Facebook of Leg3

A look back at the finishes of the first two boats in Auckland… SEC HAYAI wins this 3rd leg ahead of MILAI who crossed the finish line only 34 minutes after the Dutch duo…
Please follow and like us: